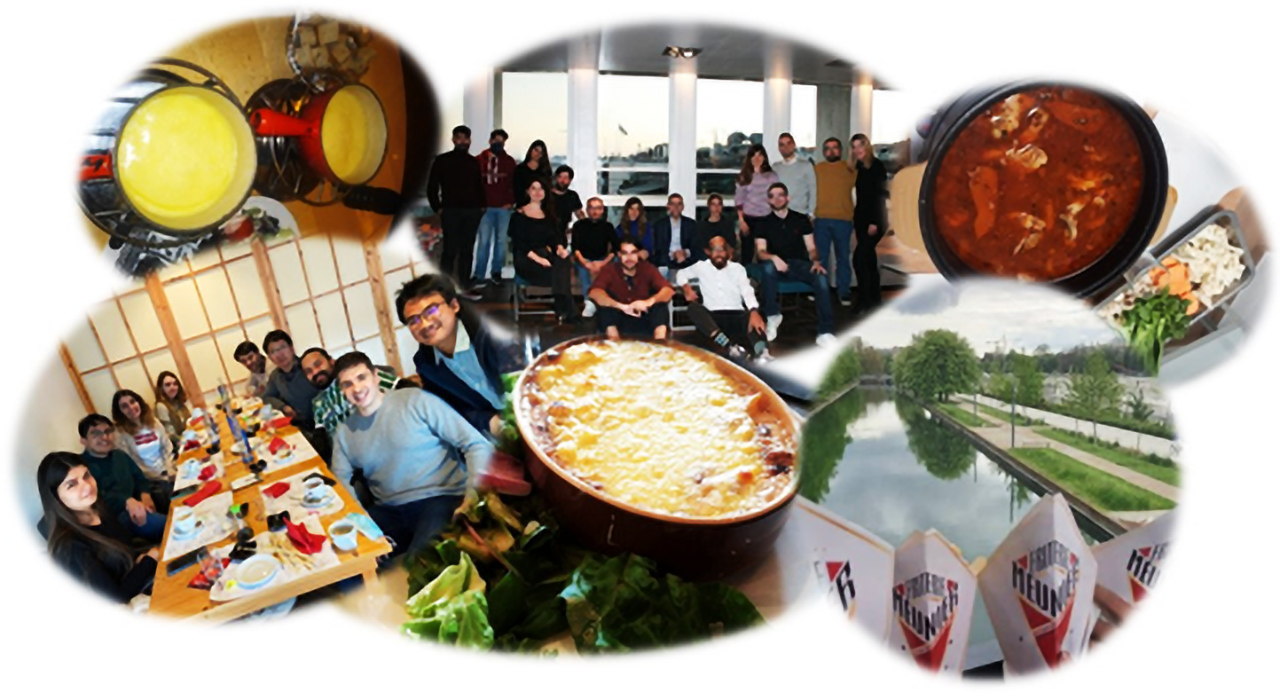 Twenty-four years after the Lebanese lifestyle, INSPIRE gave me the opportunity to get out of my cocoon and experience other worldwide cultures. My first step into the butterfly journey was to become a pupa, and there it was my trip from Lebanon-France. I ended up as a small pupa lost in a big city that looks nothing like home, given the huge development gap between the two countries. Nervous, anxious, lost, and homesick describes me at that stage; people, subways, bank cards, and official papers nothing was easy to deal with. However, I was lucky enough to have all the helping hands needed from my supervisors and Lebanese friends. At this stage, language was not a concern for me, as most Lebanese people are trilingual: Arabic, French, and English however, fluency and casual French tongue were.  I had to improve my communication skills to keep up with their social spoken language. So, at work, I managed to improve my language through discussions, collaborations, and friendly chatting with directors and colleagues, otherwise, I would never know how to use the expressions “ben oui” and “pouf” would I? In parallel, I acquired a strong scientific expertise in acoustics, enabling me to work independently and network with other researchers from the same domain. On the touristic side, “Welsh” and the “Macaron” are my new favorite traditional regional plates of the north of France. After ameliorating my scientific skills and discovering the French city “Lille” it was the time for the butterfly to fly somewhere new, to participate in the first training school of my project, Switzerland was my new destination. This was a dream coming true, international worldwide scientific PhD candidate, one can’t ask for more!

Among the people I met, the majority were Greek, and it was astonishing to discover the huge similarities between Greek and Lebanese cultures. They gave me the feeling of being home! There I experience for the first time, presenting myself and my work in international circumstances among diversity of people. I will not lie and say it was easy, yes it was stressful and I was nervous, but definitely it was the most enthusiastic experience I had and I’m glade it happened in such an awesome circumstance so that it will be a precious memory forever. I discovered some parts of the city in the afternoons and definitely tasted the famous swiss chocolate and melted cheese. Unfortunately, due to the covid19 pandemic, the displacements were restricted so I had to wait one year and a half before travelling to Spain for my first secondment. This time my concern was the totally foreign language, however, after meeting my Spanish manager, his wife and my multicultural colleagues, this anxiety vanished. They were very kind, spontaneous and caring people from different countries: Spain, Italy, Colombia, Philippines, and China. We collaborated together on scientific work as we have similar disciplines. In addition, they invited me to try different international dishes like “Paella” and “Chinese hot pot”. I learned some of the Spanish sentences like “Quiero una mesa para una persona” which means that I need a table for one person so I can try the distinct regional restaurants. In between, I visited some places like the beach of Castello and Valencia. One month later, I had to travel to Greece for the third training school. Greek was totally different than the other European countries by the architecture, its relevant historical monuments, and its energized style. As my previous trips, I had to try the traditional plates like the “Souvlaki” and “Tzatziki”. In the same time, I visited the “Acropolis” citadel and its museum.  The communication was totally easy as English is a popular language there. A week wasn’t sufficient to explore the entire city, but since I’m going to spend two months there for my other secondment, I hope I will be able to pursue my exploration. This project allowed me to enhance my global outreach, scientific expertise, and multicultural insights and most importantly spread my wings. Despite the challenging global circumstances experienced in the last few years, a high-quality network was established, resulting in a relevant, fruitful and successful work.