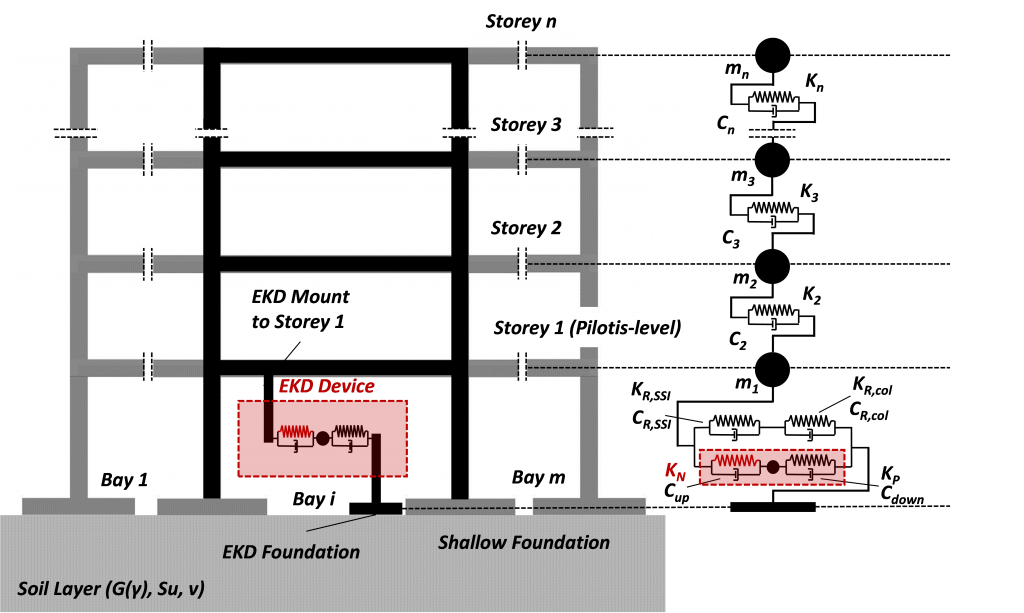 Throughout the past decades, seismic isolation of structures has been studied rigorously as an approach to reduce seismic demand and mitigate structural damage. Research in this field has progressed significantly, starting from the use of simple elastomeric bearings for the decoupling of the superstructure from the base, to more complex devices that incorporate the use of an additional oscillating mass and negative stiffness elements. The KDamper is a novel passive vibration absorption concept, based essentially on the optimal combination of appropriate stiffness and mass elements, which include a negative stiffness element. In simple words, the KDamper mass, installed at the base of a typical structure, moves in the opposite direction of the superstructure during seismic excitation, hence reducing displacements and accelerations. The concept can be implemented using a system of prestressed elements in order to obtain the negative stiffness effects and might prove to achieve a significant advantage for seismic retrofitting (Figure 1). 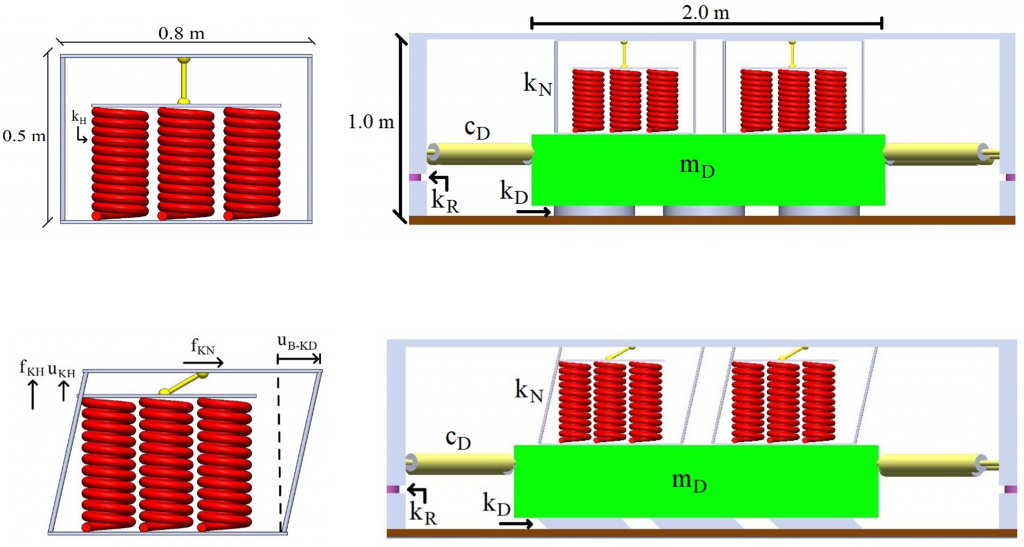 The KDamper device is placed at the pilotis level, and the performance of the proposed control system is evaluated. A series of recorded ground motions are applied at the base of the structure and results indicate the beneficial role of the KDamper on the reduction of the spectral acceleration and displacements, hence placing the concept as a compelling alternative to existing seismic protection technologies.

Figure 2 presents results from the response of a typical 4 storey building to the L’Aquila (2009) seismic excitation. The structure that takes advantage of the soil-structure interaction and KDamper concept shows substantial decrease of upper storey accelerations and inter-storey drifts.